“Carbon dioxide emissions standards for US power plants will influence the fuels and technologies used to generate electricity, alter emissions of pollutants such as sulphur dioxide and nitrogen oxide, and influence ambient air quality and public health. We present an analysis of how three alternative scenarios for US power plant carbon standards could change fine particulate matter and ozone concentrations in ambient air, and the resulting public health co-benefits. The results underscore that carbon standards to curb global climate change can also provide immediate local and regional health co-benefits, but the magnitude depends on the design of the standards. A stringent but flexible policy that counts demand-side energy efficiency towards compliance yields the greatest health benefits of the three scenarios analysed.”

‘Kosovo’s government is asking the World Bank to help finance a new plant that would provide a reliable power supply while still tapping the nation’s lignite reserves, the world’s fifth largest. The proposal is forcing the lender and its biggest shareholder, the U.S., to make an exception in their clean-energy commitments and concede that burning coal can be the fastest route out of poverty.

Foreign Policy about the World Bank and the AIIB (the Chinese investment bank) and their stances on coal:

‘Back in 2013, President Obama announced that the U.S. government would place severe restrictions on financing coal-fired electricity generation abroad, for reasons having to do with the administration’s concern with climate change. To no one’s surprise, the World Bank followed suit less than a month later. The World Bank’s policy, in keeping with that of the United States, is only to lend for coal-fired electricity projects in “rare circumstances.”

The Obama administration’s and World Bank’s environmental rationale for their ban on supporting coal-fired plants overseas rings hollow, when you consider that both the U.S. government and the World Bank heavily fund fossil fuel projects abroad that directly benefit U.S. industry….

One of the reasons India has embraced the AIIB is almost surely the fact that the country hopes to receive development finance for its coal-powered electricity generation. ‘

‘India is hoping a new China-backed multilateral lender will fund coal-based energy projects, an official said, putting it in direct conflict with the World Bank, whose chief has maintained that it would stick to its restrictions on such lending.

So is the World Bank starting to fund coal plants again (albeit in a limited way so far) because it feels threatened by the AIIB, which seems willing to offer support for coal quite readily?

Let’s start with an understanding of the sources of CO2e emissions by sector. The World Resources Institute (WRI) is an extremely reputable source. They provide a useful website:

For these reasons, promoting renewable energy and the electrification of the transportation fleet as quickly as possible will have the greatest impact. In the United States, a report from the National Renewable Energy Laboratory (NREL) showed that 80% of that country’s electricity could be produced by renewable energy in 2050 (Renewable Energy Futures Study, http://www.nrel.gov/analysis/re_futures).  This is with available technology for renewable energy and without a great deal of reliance on utility-scale storage or expensive infrastructure improvements to the grid.

India and China are developing renewable energy at a rapid rate and may well lift large, historic percentages of their populations out of poverty with economies that have a much lower per capita carbon intensity than those of the West.

If 10 percent of the U.S. electricity generated… were to be produced by large wind farms, their area would have to cover at least 22,500 square kilometers, roughly the size of New Hampshirehttp://e360.yale.edu/feature/green_energys_big_challenge__the_daunting_task_of_scaling_up/2362/Wind energy supplies almost 5% of the U.S. supply toady.  The dominant wind corridor in the U.S. runs from Texas to the Dakotas.  Wind turbines allow other land uses.  According to interviews with Texas farmers in the documentary Carbon Nation, farmers get lease payments of $10-15K per turbine per year and they can keep farming around those turbines for the life of the lease. Just ten or fifteen on a small farm would create an enormous economic support for he family farm sector. The farmers interviewed in Texas attributed wind to keeping families together and saving their town economically. This is one reason wind power has grown so quickly in uber-conservative states such as Kansas, Oklahoma and Texas.  Iowa produces 30% of its electricity from wind today and South Dakota is not far behind. These are examples from on-shore wind. The continental shelf off the eastern seaboard extends for 100-200 miles and provides a shallow platform for wind installations.  DOE recently projected 35% penetration of wind in the U.S. electricity sector by 2030 as a reasonable, feasible goal. http://energy.gov/sites/prod/files/WindVision_Report_final.pdfTake the area of New Hampshire, increase it by 3.5x and stretch it over a map, reaching from Texas to North Dakota, then subtract the percentage we could get from off-shore sites.Coal as a source of electricity is a dangerous as much for its PM 2.5 and NOx emissions as its CO2 emissions.  Air pollution from coal is one of the leading causes of premature deaths in the U.S., defined as happening more than ten years too soon, mainly affecting the elderly, and it causes chronic asthma and respiratory illnesses in children. The health and environmental costs alone justify the elimination of coal. Add in the long-term costs of climate change and the continuation of coal borders on insanity.  “Clean coal” is a fantasy, and CCS is uneconomical – it will never out compete renewable energy solutions, even with a large carbon tax in the mix.This video from the Rocky Mountain Institute provides an example of how coal can be replaced with renewables.  They don’t discuss coal directly, but when they model a 100% renewable scenario for the Texas grid, they show how a reliance on fossil fuels such as coal and natural gas is unnecessary:  http://www.rmi.org/storage_necessity_myth_amory_lovinsDeveloping low-carbon development scenarios will be different for each country.  Most have renewable resources of some kind, but the quantity, the cost and the capacity to develop them differ.  I would start with the fact that distributed renewables do not need much of a grid to provide power to remote locations and they are now cost competitive with the usual option – burning diesel in a generator.  To get to a 24/7 full grid without coal may be challenging for some places, but if all the negative externalities of burning coal are truly accounted for, coal rarely makes sense. Especially since the 30-40 year path dependency created by a new plant locks-in those externalities for a generation. Better options usually exist.Also, as a point of reference, a Harvard study in the U.S. found that if all the externalities from coal were monetized and built into the cost of coal-powered electricity, the retail price consumers pay would triple. A life-cycle analysis of all our energy systems is needed. When done, renewables look better and better.

Here is a video of the lead author/researcher of the Harvard study: http://www.chgeharvard.org/resource/true-cost-coal

This is the report:  http://www.chgeharvard.org/resource/full-cost-accounting-life-cycle-coal

None of these very real costs of coal are reflected in the price of coal. Society bears the expense, not the coal companies or the power generators. So if the Minister of Energy from Country X comes forward and says coal is the only thing his country can afford, those statements should be met with a great deal of skepticism.

India and China are the two giants we should be the most concerned about. They each have plenty of wind, solar and other renewables (hydro, geothermal, biomass) to leapfrog the West’s energy sector development pattern. China built todays photovoltaic industry by investing in the manufacturing of pvs on a massive scale.  India can and should replicate that.  The manufacturing of pvs can be improved.  They are made in a similar fashion as computer chips and can achieve similar efficiencies in production.  The next generation of pv plants should do that and India would be smart to take that up.  Same for wind turbines.  The quotes from Saul Griffith in your Yale article said the world needs to produce 4 million turbines a year.  The world produces 75 million cars a year, so that doesn’t seem to be much of a stretch.  I think we can expect India and China to move into and expand that market. I have no worries about them in the long-run.  The smaller countries in SE Asia probably have similar renewable resources to develop.  They also have quite a bit of room in their historic carbon emission budgets, which is how we ought to be gauging these matters anyway. In other words, they have the right to burn SOME carbon to develop and lift their populations out of poverty.  To claim otherwise would be myopic, hypocritical and unfair, imo.

China’s projected coal use still seems very high, even with their move to renewables. The air in Beijing and annual deaths from coal pollution prove that.  China made a deal with the devil to burn cheap coal to fuel industrial growth. They are moving away from that course. Other countries need not replicate their strategy.

The EIA is notorious for over-projecting fossil fuels and under-projecting renewables. Of course, the fossil fuels industries don’t want you to know that.
“The race for renewable energy has passed a turning point. The world is now adding more capacity for renewable power each year than coal, natural gas, and oil combined. And there’s no going back.
The shift occurred in 2013, when the world added 143 gigawatts of renewable electricity capacity, compared with 141 gigawatts in new plants that burn fossil fuels, according to an analysis presented Tuesday at the Bloomberg New Energy Finance annual summit in New York. The shift will continue to accelerate, and by 2030 more than four times as much renewable capacity will be added.” …

“The price of wind and solar power continues to plummet, and is now on par or cheaper than grid electricity in many areas of the world. Solar, the newest major source of energy in the mix, makes up less than 1 percent of the electricity market today but could be the world’s biggest single source by 2050, according to the International Energy Agency.” 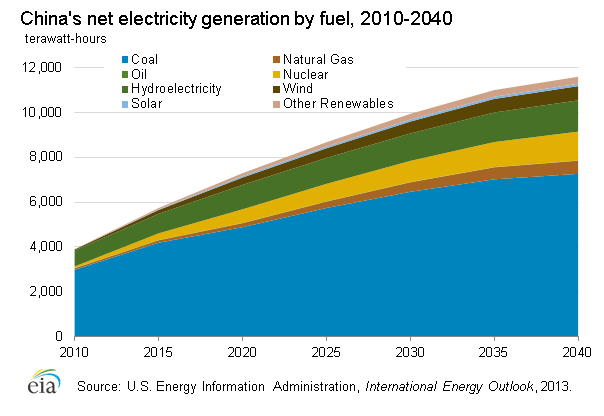 For an analysis of international trade in embedded CO2 emissions, see B. Boitier, “CO2 emissions production-based accounting vs consumption: Insights from the WIOD databases” (2012).
http://www.wiod.org/conferences/groningen/paper_Boitier.pdf

An Excel spreadsheet of the data for 1995 through 2009 is available.

Carbon leakage is defined as the increase in emissions outside a region as a direct result of the policy to cap emissions in this region. For example, CO2 emissions produced in the EU decreased as a result of efforts to reduce emissions. In contrast, CO2 emissions consumed (because of imports of goods with “embedded” CO2) increased more than produced emissions decreased. The net result was an increase in CO2 emissions for which the EU consumption economy was responsible.

For a less technical discussion of this issue in relation to the UK, see the blog post at http://www.carbonbrief.org/blog/2012/03/defra-the-uk-outsources-emissions: “When the CO2 embedded in imported goods and services is taken into account, the UK carbon footprint calculated on the basis of consumer spending is nearly double the figure that comes from measuring emissions from UK production – just over 700 million tonnes of CO2 as opposed to around 400 million tonnes.”

Focusing on carbon consumption (i.e., attributing responsibility for emissions to the consumer of products) can have implications both for international relations and for effective efforts to reduce global emissions: “Measuring carbon consumption is still  a relatively new idea, but it’s fair to say that consumption-based carbon calculating has the potential to upset the applecart, both when it comes to developed countries’ claims to be reducing carbon emissions, and the basis of international agreement on reducing emissions.” 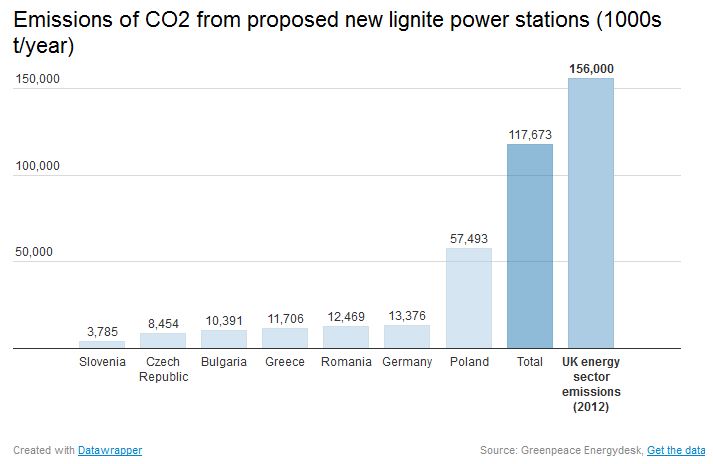 See extract from ‘Sustainable Energy Without the Hot Air‘, David JC MacKay on Nuclear Energy in post below.

If we put a realistic price on carbon emissions which accounts for future BAU climate impacts, fossil fuels will be naturally priced out of the market.

Your analysis does not account for balancing intermittent generation from renewables with the consumer demand curves.  How do we achieve a baseload generation without fossil fuel or nuclear? 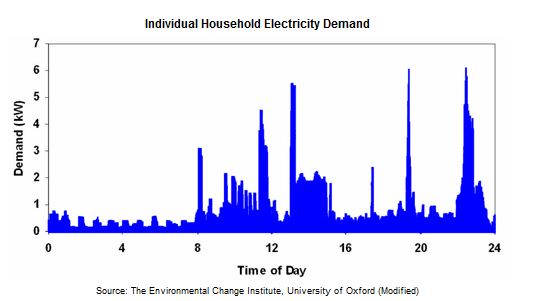 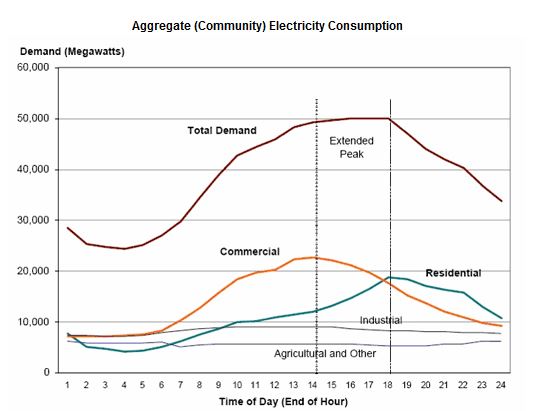 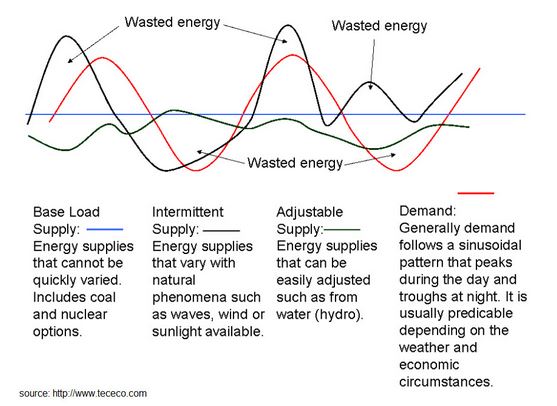