The 2015 United Nations Climate Change Conference, COP 21 or CMP 11 will be held in Paris,[1] from November 30 to December 11.[2] It will be the 21st yearly session of the Conference of the Parties to the 1992 United Nations Framework Convention on Climate Change (UNFCCC) and the 11th session of the Meeting of the Parties to the 1997 Kyoto Protocol.[3] The conference objective is to achieve a legally binding and universal agreement on climate, from all the nations of the world. Leadership of the negotiations is yet to be determined.

Scientists estimate that humans can pour roughly 565 more gigatons of carbon dioxide into the atmosphere by midcentury and still have some reasonable hope of staying below two degrees. (“Reasonable,” in this case, means four chances in five, or somewhat worse odds than playing Russian roulette with a six-shooter.) The fossil fuel we’re currently planning to burn – 2,795 – is higher than 565. Five times higher.

Something magical is happening… All across the world we’re coming together to hit the streets on November 29th — hours before the most important climate summit this decade!

This is a day of action not to be missed — click on the map to start an event in your area: 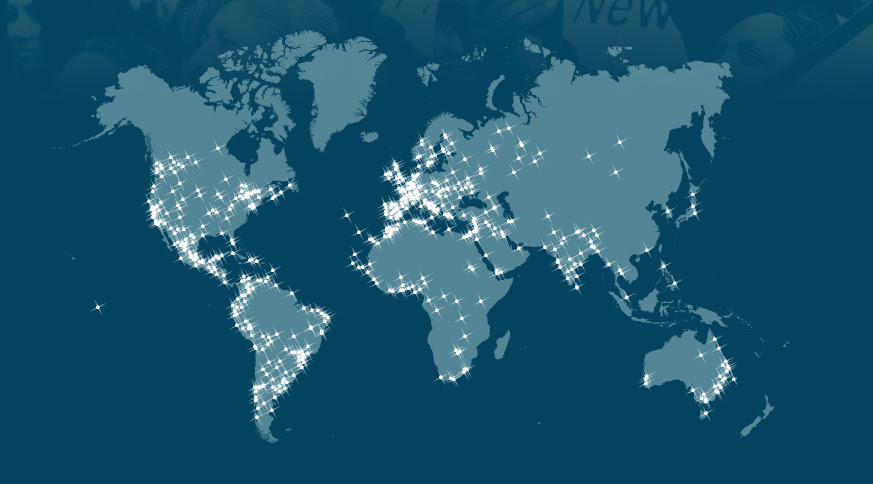 This is going to be mega! Last year almost 700,000 people took to their streets and created the largest mobilisation on climate change in history. This year we are going even bigger!

If hundreds of thousands of us join events in cities and towns everywhere, we’ll show our leaders meeting in Paris that our movement cannot be ignored and we will accept nothing less than an ambitious climate deal, with a global commitment to 100% clean energy!

Let’s seize this moment, for our future, our kids’ futures, and everything we love.

Oli, Alice, Morgan, Iain and the rest of the Avaaz team

Taking a call for climate change to the streets (NYTimes)
http://www.nytimes.com/2014/09/22/nyregion/new-york-city-climate-change-march.html